Do I need a backwater valve in my home? 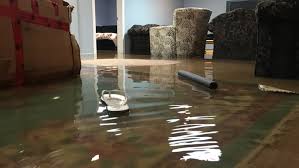 When I moved into Heritage Village, I recognized that the water table was high, being that we are below the Escarpment. Some neighbours had water problems but few wanted to admit or talk about it. My own basement showed cement wall cracks that had been glued with crack filler. One neighbour just painted his basement walls black, so nobody would notice. Not a good idea, if it hides any mould issues.

This is our 6th house ownership – so I know that all houses have issues – best to address them.

Before building my sunroom out back, I dealt with the basement wall issues by having a membrane put around the south facing portion, down to a new bed of weeping tiles. To the sump pump well, I added a second battery powered pump in case of electrical power failures. I have lived in three Provinces – in 14 homes. I had never experienced so many power failures as here in Niagara. Is Toronto hogging all the Niagara River power generation, or is the Niagara Peninsula Energy at fault?

July 13, 2013, in the middle of my first wife’s cancer battle, we woke at midnight to a neighbour’s warning that a flash flood rain had flooded basements. Sure enough, our basement had 10 inches of water – enough to destroy the furnace, hot water heater and drywall. Blue bins full of “good stuff” in storage, had tipped over. After clean-up and drywall repair, I received notice by my house insurance company that they would no longer cover water damage, if I did not have a sewer backwater valve installed. I procrastinated until this month: fearful of tearing up the basement floor.

But I recall October 16, 1954 when Hurricane Hazel struck Scarborough. This storm pre-dated the use of separate storm sewers, and too many new suburban homes had been added to old sewer pipes. The neighbourhood basements filled to waist height with backed-up sewage. It was my job, at age 8, in my first year in Canada, to take a garden hose and wash down the walls, as the black water receded. I will never forget this dramatic welcome to Canada.

I had never previously given thought to local water sheds before buying a house. It turns out that Heritage Village was built just east of a creek that runs north, partially through farm land and partially underground towards Lake Ontario. The Lincoln Town website has a watershed map that shows its drainage from the Escarpment, west of Glendale Ave. off King Street. There is a culvert by Rittenhouse Road, hidden by vegetation. Houses on the west side of Heritage Village lay partially in the creek’s floodplain. Our house is now better protected by the new sewers behind us, installed for the Cherry Hill retirement community. This was
open field previously.

Our homes in Kerry Court were built around 1986-87. There were no sewer backflow valves installed, until a Canadian from Edmonton invented the concept in 1997. The “Fullport Backwater Valve” was developed by Gabe Coscarella and won the Manning Innovation Award” plus the “Ivan R. Leger Award” from the Canadian Institute of Plumbing and Heating. His invention also changed our National Plumbing Code (NPC 95). Now everyone should have one in their homes.

After seeking other quotes, I hired Konkle, our local plumbing company and regular advertiser. Two men did the job in one day: breaking open the cement floor adjacent to the sump pump. They installed a Mainline Fullport (model ML-4963A), set in an access box with lid, then they cemented it flush with the floor. The valve assembly has a clear top and clean-out access. It was far less fuss and mess than I expected.

Is Your House Dry? Or Basement Wet?

Our Air is Vital to our Health!

Get free advice on adding a high-capacity dehumidifier or humidifier to your home.

The Latest from Konkle

What do I need for septic tank maintenance?

Bio-Clean is a safe and effective product for your drain, septic and sewer system.

Why Service My Air Conditioner?

Book a FREE consultation with the Konkle Plumbing & Heating Team.